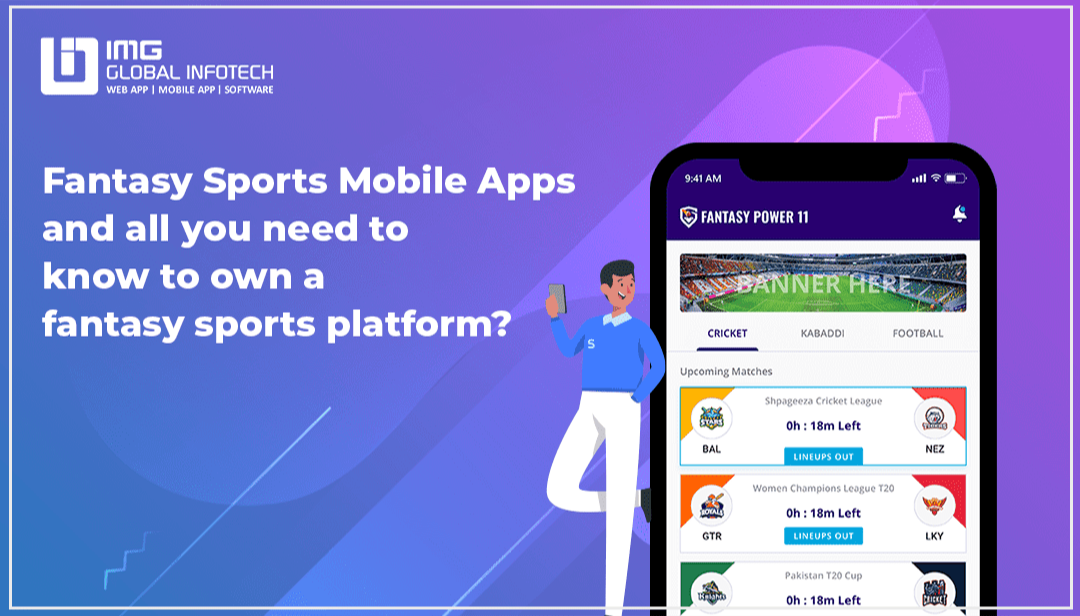 What are Fantasy Sports?

It is a virtual roster of real-life sports players that a user generates. The user has to strategize and develop a team with the best players based on their previous games. A scoreboard is maintained. Based on the score of the real-life games played by the chosen players on the roster. If you chose A, B, and C players, then your score will depend on the game they play on the field.

The first such fantasy game of its kind was played after world war II. The first historically recorded was the golf league devised in the 1950s.

With the advent of specialized Fantasy Sports App Development Company, the phenomenon has become more organized and accessible.

How are virtual sports different from sports betting?

Both of them are not the same. The basis of sports betting is an entire game and does not require any skill. It requires sheer luck and therefore is an unfair game. Virtual sports of this kind, on the other hand, require a skill. The results are not determined by the outcome of the game but by the gift of each player.

Thus, it is a fair game that gives each user the same leveling field to choose and analyze the players they would add to their roster. After making the distinction between the two, let's look at the demand of this industry.

Globally the market for it is on the rise.

But is the popularity of this industry high in India too? Yes, it is. The gaming industry has seen a boom ever since the accessibility of the internet in various regions of India. The online streaming of these games has naturally gone up too. The strata of society with a higher spending capacity are interested in sports, and therefore this niche will flourish. If you still have doubts regarding the massive potential in the market, have a look at a case study of the most popular online platform in India of this kind.

Dream 11 is a virtual sports platform with a user base of 30 million+ users. It has a 90% market share currently. It is also widely popular among those who are not huge fans of cricket.

It works just like any other virtual sports platform. A user can maintain a roster of players. Based on the real-life game and the performance of these players, the user will earn points.

There are three types of contests in dream 11. They are head-to-head, private, and public contests.

The legalities of the Dream 11

Dream 11 has faced petitions where citizens petitioned against it. The petitioners claimed that the platform was illegal. According to The Gambling Act, the Rajasthan High Court gave the verdict that it was not since the game requires skills and is not unlawful. However, petitioners have filed a petition against it. Keep in mind the legality of the platform and discuss it with you, Fantasy Sports App Development Company. It is paramount that the Fantasy Sports App Development Company be aware of the legalities to avoid future problems.

How to choose a fantasy sports app development company in India

These are the pages that your app should have so that you have a clearer idea of what to discuss with your Fantasy Sports App Development Company:

The market is on the boom, and the predictions state that the industry will grow faster in the coming years. Dream 11 clone app is possible; one needs the patience and a robust Fantasy Sports App Development Company backing them up.