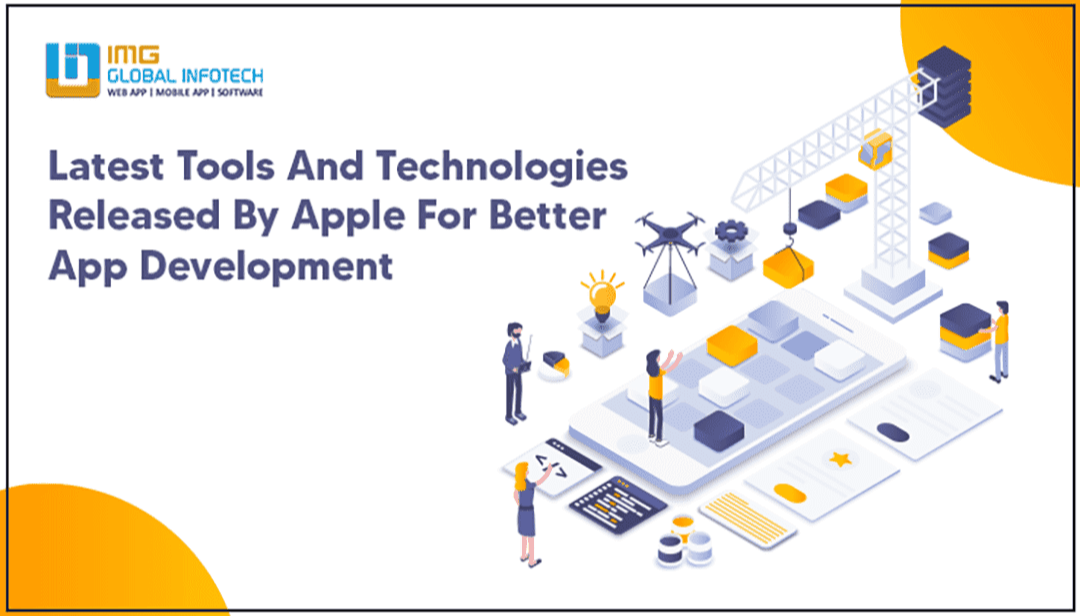 Apple has unrevealed reformed tools and technologies which are created to assist developers so that they can offer a more engaging experience. This will result in the creation of high-quality apps. Xcode cloud collaborates with multiple tasks and tools that are required to build and test apps through using cloud services. The companies delivering ios app development services are building great apps for the user through cloud service.

With the custom product app and in-app event, the app stores also allow developers to promote their app and ease of connecting with users. Through concurrency support, swift is taking a massive leap to develop in language. Augmented reality technology allows building immersive content more easily. Apple is thrilled to deliver new tools and technologies that will revolutionize the creation of apps and deliver high-quality apps with a better user experience.

This is enhanced cloud services specially designed for ios developers as it includes new continuous integration and delivery of cloud services. This is built-in Xcode 13, it offers fast and easier ways to build apps with more quality and having a greater engaging experience. The Xcode cloud builds the app in the cloud, resulting in an automatic space left in developers' mac to perform other tasks.

It allows parallel testing to developers which means testing of stimulated versions which can run particularly on apple devices. Easy deployment of the app after development for internal testing or giving this app for external beta testing that will deliver instant feedback.

Access towards more apps and games including events such as live competitors, movie premiers, and live-streamed experiences. They made it easier for the user to locate events right on the app store. People can get it in personalized recommendations and editorial sections with search results and on app product pages. This results in expanding the reach of developers and it enables them to connect with the new user.

It also allows the user to pass on the information to the current users and reconnect with the past users. This is a whole new approach for developers to show what is constituted in their app. With developers, the top requested feature is that Apple is planning to launch product page tools that offer greater flexibility to developers. It delivers new ways to connect with the users and by developing custom product pages, developers can showcase different and advanced features to their users.

Apple is launching and stating new guidelines for emerging categories of apps as it supports this and delivers creator content experiences. The code of conduct of developers will maintain the fairness of the app marketplace where updated guidelines and developer identity requirement rating and excessive customer complaints can be dealt with. Another avenue for developers can raise an action regarding any unethical practice of that app. Whenever they believe that this is a safety concern, they can raise any action.

This is an intuitive and impediment programming language that is built by Apple. It enables developers to write code with ease representing apps that are responsive to the user input. With conformity in swift, developers can create, write and manage code in a speedy manner. It will result in fewer mistakes and possess the benefit of multi-core silicon across apple devices.

Swift has recreated the user interface created with the motive to put ease in developing and writing code with fewer efforts and building appealing apps. This is a step making developers forward in managing and creating the best user experience. Swift is a better approach that enables learning code on Mac or iPad. Sooner, after the arrival of swift playground 4, users will be able to create a visual design of an app with swift UI.

This is a framework that enables developers to surely create AR experiences. Apples contain the largest platform of augmented reality having billions of devices powered by ARkit. The reality kit allows developers to render the animation and audio for building the best AR experience. With its application, developers can build more realistic and complex but great visuals-based AR experiences.

In conclusion, the new tools and technology will be very much helpful and will result in great assistance. The app will get all these advanced tools benefits if you collaborate with a mobile app development company in Jaipur. They will enhance user experiences and AR experience.